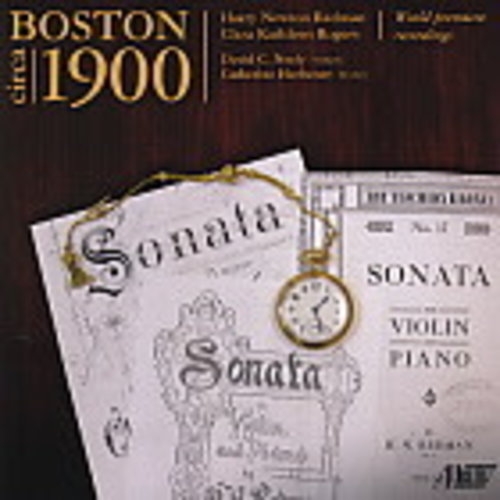 BOSTON CIRCA 1900 by NEELY AND HERBENER

The distinguished violinist David C. Neely offers a program of two Boston composers who contributed significantly not only to the musical life of Boston, but also to American music. Read more

Harry Newton Redman (1869-1958) was hired by George W. Chadwick to teach at the New England Conservatory, which he did until his retirement in 1939. His musical output consists of five string quartets, two violin and piano sonatas, several piano sonatas and songs. He was also known as an avid painter. Clara Kathleen Rogers (1844-1931) studied piano, violin, cello and voice in Germany but could not study composition as no women were allowed in the composition classes at the Leipzig Conservatory. She had a successful career as an opera singer until she retired upon her marriage. She then turned her efforts to composition. Her catalog includes more than 100 songs, two string quartets, piano works, a cello sonata and the sonata for violin and piano heard on this recording. How fortunate that we now have recordings of these works from two American composers of an earlier generation.