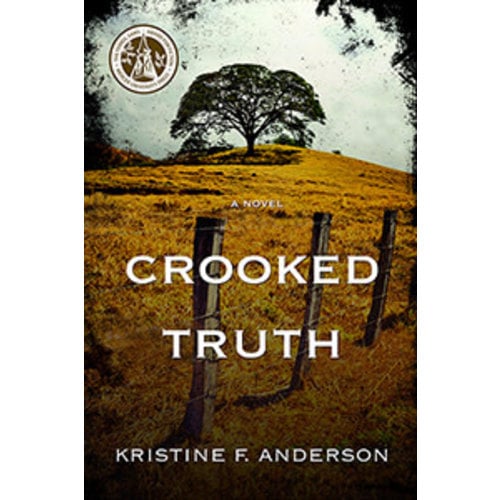 Set in the 1940s in rural Georgia. Both a coming-of-age story and a rendering of the post-WWII South, the story revolves around race and class and family secrets Read more

Fifteen-year-old Lucas Webster doesn't mind working in the fields and chopping cotton on his grandparents' farm in South Georgia, but he hates getting stuck caring for his Uncle Robert. Born with Down Syndrome, Robert can't even tie his shoes or print his name. Though he is ten years older than Lucas, he follows Lucas around like a clumsy shadow. Lucas wants to get out of Crisscross and be rid of his child-like uncle, but after his grandpa dies in the spring of 1948, things change. His grandmother withdraws in her grief and Alvin Earl, Robert's half-brother, returns to manage the farm with his guns and stash of liquor. Lucas must become more than a reluctant caretaker. A hard man, Alvin Earl racks up a slew of gambling debts and issues orders day and night. He revels in tormenting Robert and Lucas. Despite Lucas's objections, he plans to pull him out of school to work on the farm full-time and send Robert to the state asylum. When a fatal shooting occurs late one hot afternoon, Lucas must decide what to tell the sheriff. As he discovers the ties that can destroy and bind a family, he cannot reveal what really happened to the local authorities or anyone else. He realizes that not all lies are alike. And he twists the truth to protect those he loves. Set in the 1940s in rural Georgia.

Kristine F. Anderson earned a PhD in Communicative Arts from Georgia State University. She has worked as a freelance writer for national newspapers and magazines and taught high school English. She has also taught courses at Shorter College and Southern Polytechnic State University, now part of Kennesaw State University.