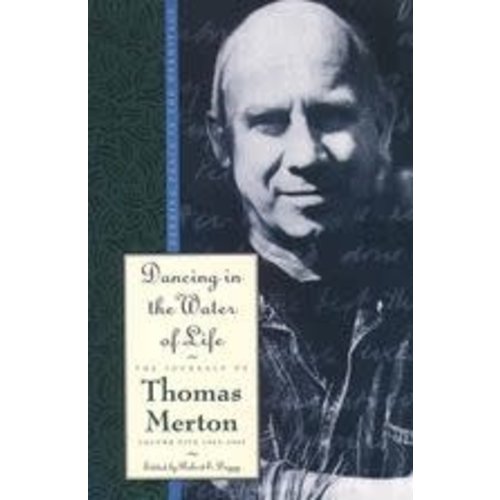 DANCING IN THE WATER OF LIFE: SEEKING PEACE IN THE HERMITAGE: THE JOURNALS OF THOMAS MERTON, VOLUME FIVE 1963-1965

The sixties were a time of restlessness, inner turmoil, and exuberance for Merton during which he closely followed the careening development of political and social activism - Martin Luther King, Jr., and the March on Selma, the Catholic Worker Movement, the Vietnam war, and the assassination of John F. Kennedy.

Volume 5 chronicles the approach of Merton's fiftieth birthday and marks his move to Mount Olivet, his hermitage at the Abbey of Gethsemani, where he was finally able to fully embrace the joys and challenges of solitary life: 'In the hermitage, one must pray of go to seed. The pretense of prayer will not suffice. Just sitting will not suffice . . . Solitude puts you with your back to the wall (or your face to it!), and this is good' (13 October, 1964).  In the fifth volume of Thomas Merton's acclaimed journals, the renowned monk and writer immerses himself in the revolutionary ideas of the sixties and finally begins to live full-time at his own hermitage.

Thomas Merton (1915-1968) is widely regarded as one of the most influential spiritual writers of modern times. He was a Trappist monk, writer, and peace and civil rights activist. His bestselling books include The Seven-Storey Mountain, New Seeds of Contemplation,and Mystics and Zen Masters.

"Making his struggles and his happiness practically tangible on these pages, Merton was never a better writer than in his journals. His gifts are as abundantly clear in this volume as in this predecessors." -- "Publishers Weekly"

"When all the journals are published, it is likely that they will take their place with the famous journals of Henry David Thoreau, G.M. Hopkins, Edmund Wilson, and perhaps be seen as an American version of St. Augustine's 'Confessions.'" -- "Catholic News Service" 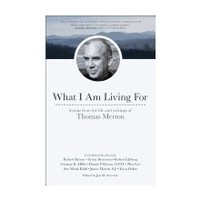