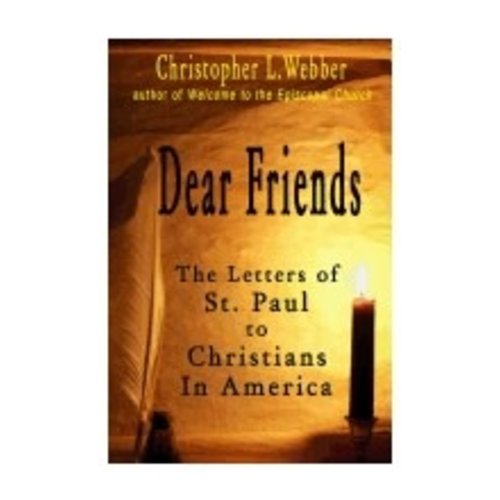 DEAR FRIENDS: THE LETTERS OF ST PAUL TO CHRISTIANS IN AMERICA by CHRISTOPHER WEBBER

Americans want to know: What would Jesus do? What would Paul say today? Read more

For almost two thousand years, Christians have asked two essential questions: "What would Jesus do?" and "What would Paul say?" Paul wrote more of the New Testament than anyone else did, and he dealt with the basic problems of his day: What should Christians do about marriage? What should the relationship be between Jews and Christians? What is the Christian responsibility to the state? What about ethnic differences? What about male and female relationships? But Paul did not answer the specific questions many Americans are now asking about marriage, interfaith relationships, illegal immigrants, and the authority of government.

Now, one respected Christian writer has put suggested answers in the form of new letters from Paul to Americans. Following the pattern of Paul's letters to Rome, Corinth, and Galatia, a priest of the Episcopal Church has written letters in Paul's name to Washington, California, Texas, and other American cities and states. Whether encouraging, insightful, useful, or controversial, these letters are a serious attempt to make Paul directly relevant to our time and issues. This book is a call for American Christians to think more carefully about the relationship between faith and society, and to seek purposeful, Biblical living.

Christopher L. Webber is an Episcopal priest with degrees in theology and an honorary doctorate. He has always used his scholarship to make teachings of the past accessible to ordinary Christians today. Among his thirty-plus books is his most recent biography of James W. C. Pennington, one of the leading African American voices in the pre–Civil War abolitionist movement. Webber lives in San Francisco, California. 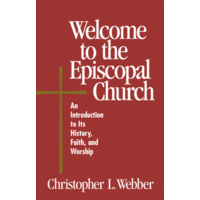 WELCOME TO THE EPISCOPAL CHURCH by CHRISTOPHER WEBBER
$17.95
View product 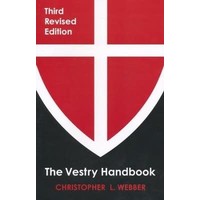 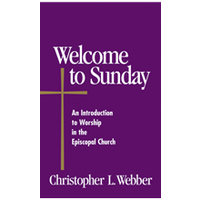 WELCOME TO SUNDAY: AN INTRODUCTION TO WORSHIP IN THE EPISCOPAL CHURCH by CHRISTOPHER WEBBER
$16.95
View product 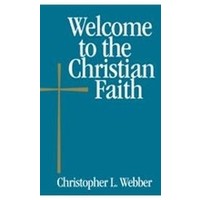