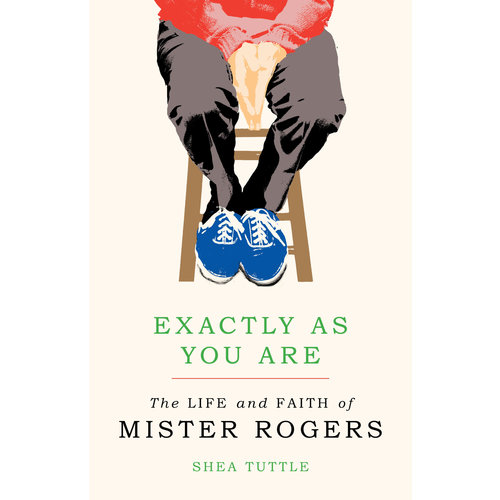 EXACTLY AS YOU ARE : THE LIFE AND FAITH OF MISTER ROGERS by SHEA TUTTLE

Welcome to the spiritual neighborhood of Fred Rogers

Fred Rogers fiercely believed that all people deserve love. This conviction wasn’t simply sentimental: it came directly from his Christian faith. God, he insisted, loves us just the way we are.

In Exactly as You Are, Shea Tuttle looks at Fred Rogers’s life, the people and places that made him who he was, and his work through Mister Rogers’ Neighborhood. She pays particular attention to his faith—because Fred Rogers was a deeply spiritual person, ordained by his church with a one-of-a-kind charge: to minister to children and families through television.

Tuttle explores this kind, influential, sometimes surprising man: the neighborhood he came from, the neighborhood he built, and the kind of neighbor he, by his example, calls all of us to be. Throughout, Tuttle shows how he was guided by his core belief: that God loves children, and everyone else, exactly as they are.