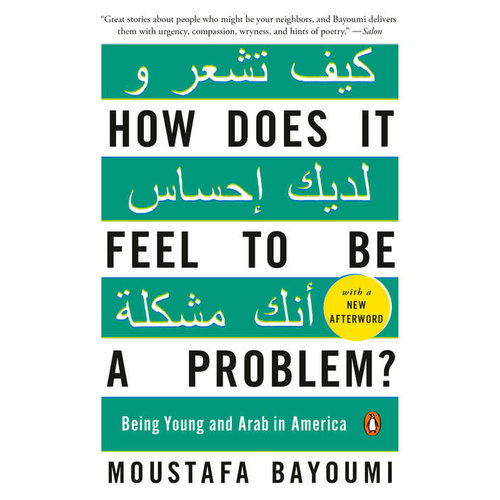 How Does It Feel to Be a Problem?: Being Young and Arab in America

An eye-opening look at how young Arab- and Muslim- Americans are forging lives for themselves in a country that often mistakes them for the enemy. Read more

Just over a century ago, W.E.B. Du Bois posed a probing question in his classic The Souls of Black Folk: How does it feel to be a problem? Now, Moustafa Bayoumi asks the same about America’s new “problem”-Arab- and Muslim-Americans. Bayoumi takes readers into the lives of seven twenty-somethings living in Brooklyn, home to the largest Arab-American population in the United States. He moves beyond stereotypes and clichés to reveal their often unseen struggles, from being subjected to government surveillance to the indignities of workplace discrimination. Through it all, these young men and women persevere through triumphs and setbacks as they help weave the tapestry of a new society that is, at its heart, purely American.  Paperback 336 pgs