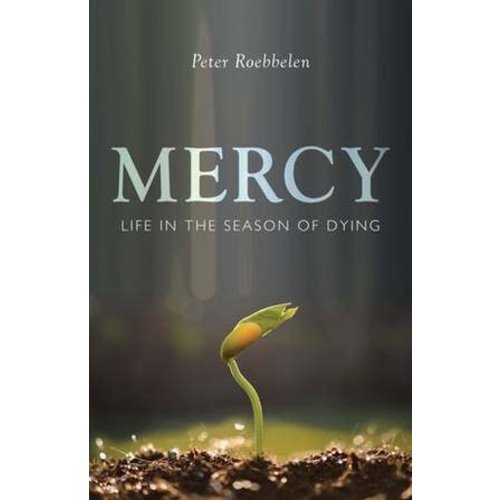 MERCY : LIFE IN THE SEASON OF DYING by PETER ROEBBELEN

In this Tuesdays with Morrie-type book, a pastor reveals lessons for living he's learned from the dying. Read more

What would you do with your life, if you knew it was going to end soon? Mercy is a pastor's recording of the life lessons he's discovered as a result of sitting at the bedsides of courageous people facing death's certainty. Peter Roebbelen explores the gifts that people have given him, the wisdom that he's gleaned from them, almost as if he's been the one being counseled, rather than the other way around. This joyful and instructive book will encourage anyone who reads it to live to the fullest in the present, and to love the people around them as never before. Paperback. 196 pages

Peter Roebbelenhas been in pastoral ministry for over twenty-five years. During that time he served several different churches and established non-profit housing, a counseling center and a safe house for teenage girls. He is also the President of The Charis Foundation which exists to promote Christianity and alleviate suffering around the world. He has a Masters of Divinity in Counseling. He and his wife Sharon live in Oakville, Ontario, CANADA.