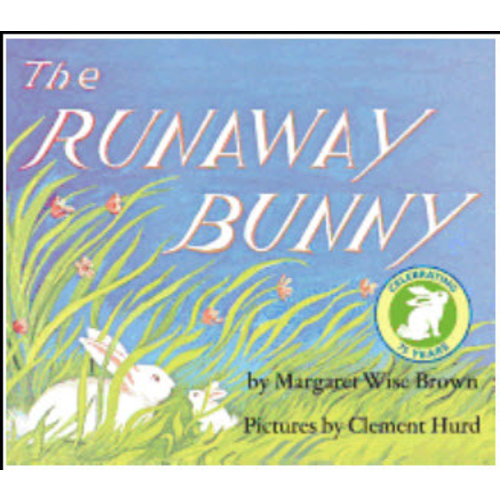 A comforting story of a bunny's imaginary game of hide-and-seek and the loving, steadfast mother who finds him every time, this classic tale has withstood the test of time. Read more

A little rabbit who wants to run away tells his mother how he will escape, but she is always right behind him.

The runaway bunny, first published in 1942 and never out of print, has indeed become a classic. Two generations of readers have fallen in love with the gentle magic of its reassuring words and loving pictures. It is here published in a new edition for which the artist has redrawn some of his pictures; they are wholly in keeping with the softy poetic timeless spirit of his famous originals.