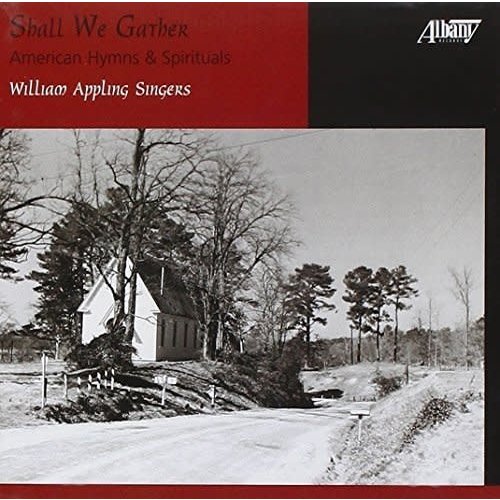 SHALL WE GATHER: AMERICAN HYMNS & SPIRITUALS by THE WILLIAM APPLING SINGERS

Most of the hymns on this recording were written in the 19th century or before, when Americans in general thought more about God than they do today. Read more

Our minds nowadays are occupied with other subjects. And yet, surprisingly, our greater familiarity with doubt may help us to hear these hymns more clearly than people in former times could have done. To us a hymn may stand out more vividly against the immensity of the surrounding doubt-filled silence. Faith is not something you have, it's something you do; the same can be said of art. As an act of faith or a work of art, a hymn exists in that uncertain moment between giving up and going on. A hymn is an inspired decision to go on. The hymns and spirituals on this recording are among the great discoveries faith has made about itself, through words and music that now belong to us all. For a period of about 250 years, from the arrival of the Puritans to nearly the end of the 19th century, the most pervasive musical form in America was the hymn. While Protestant hymns and Negro spirituals were certainly the predominant hymnody in America throughout this time, other denominational hymns were written and sung as well. The first hymnal for the Jewish congregation in Charleston, South Carolina was compiled in 1843 and the Shakers have given us some of the most beautiful and interesting religious songs that have been written in America. This recording was made at a live concert at Christ &St. Stephen's Church in New York City. Beautifully sung by the William Appling Singers, this recording will satisfy both the Americana scholar, the music lover and those of faith.