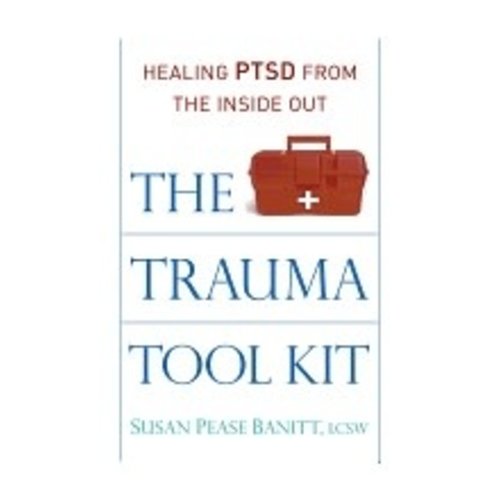 THE TRAUMA TOOL KIT: HEALING PTSD FROM THE INSIDE OUT by SUSAN PEASE BANITT

Assesses the values and limitations of traditional and alternative therapies and suggests methods that are universally available to treat PTSD.. Read more

SUSAN PEASE BANITT In 2010 the Department of Veterans Affairs cited 171,423 Iraq and Afghanistan war veterans diagnosed with PTSD, out of 593,634 total patients treated. That's almost 30 percent; other statistics show 35 percent. Nor, of course, is PTSD limited to the military. In twenty years as a therapist, Susan Pease Banitt has treated trauma in patients ranging from autistic children to women with breast cancer; from underage sex slaves to adults incapacitated by early childhood abuse. Doctors she interviewed in New York report that, even before 9/11, most of their patients had experienced such extreme stress that they had suffered physical and mental breakdowns. Those doctors agree with Pease Banitt that stress is the disease of our times. At the 2009 Evolution of Psychotherapy conference Jack Kornfield noted, "We need a trauma tool kit." Here it is. Most people, Pease Banitt says, experience trauma as a terminal blow to their deepest sense of self. Her techniques restore a sense of wholeness at the core level from which all healing springs. The uniqueness of her book lies in its diversity and accessibility. She assesses the values and limitations of traditional and alternative therapies and suggests methods that are universally available. Almost anybody can. Susan Pease Banitt, LCSWis a Harvard-trained psychotherapist with over thirty years experience in mental health work. She has worked in a variety of settings with hundreds of diverse clients over the years, including: residential childcare, child abuse prevention, inpatient psychiatric hospitals, outpatient clinics, medical hospitals and private practice. Her clients have included individuals, couples and groups, including children as young as 3 years and adults into their 80s. Since a very young age, Susan has been aware of her spiritual nature. After a Catholic upbringing, she spent her late twenties studying yoga and meditation and obtained her certification as a teacher of hatha yoga in her thirties. Over the years, Susan has come to see that traumatic stress and experiences are behind the vast majority of suffering in the mind and body. Her gifts of empathy and intuition became fully engaged when she began formal work with a shaman in 2000. At the same time, she delved deeper into yogic philosophy through intensive study of Vedanta, ancient Indian spiritual wisdom. As a healed survivor who has taken a deep journey into early traumatic abuse, Susan acts as a compassionate guide for those struggling to free themselves from the effects of traumatic stress. Because Susan has worked with so many gifted psychiatric and alternative practitioners, she has collected a large toolbox of interventions to offer clients and colleagues. Susan currently co-chairs the Mental Health Council for the National Association of Social Workers, Oregon chapter and sits on the board of Street Yoga, an organization that brings yoga techniques to disadvantaged youth in a variety of settings. 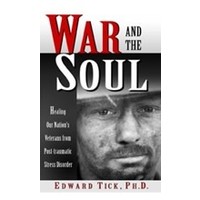 WAR AND THE SOUL by EDWARD TICK
$19.95
View product 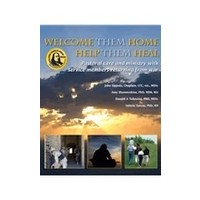