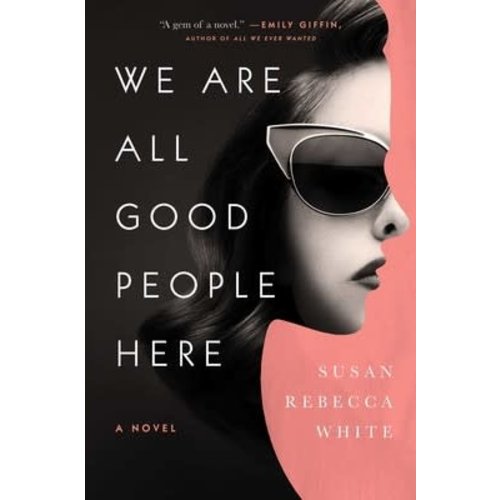 WE ARE ALL GOOD PEOPLE HERE by Susan Rebecca White

A multi-generational novel that explores the complex relationship between two very different women and the secrets they bequeath to their daughters. Read more

Eve Whalen, privileged child of an old-money Atlanta family, meets Daniella Gold in the fall of 1962, on their first day at Belmont College. Paired as roommates, the two become fast friends. Daniella, raised in Georgetown by a Jewish father and a Methodist mother, has always felt caught between two worlds. But at Belmont, her bond with Eve allows her to finally experience a sense of belonging. That is, until the girls’ expanding awareness of the South’s systematic injustice forces them to question everything they thought they knew about the world and their places in it.

Eve veers toward radicalism—a choice pragmatic Daniella cannot fathom. After a tragedy, Eve returns to Daniella for help in beginning anew, hoping to shed her past. But the past isn’t so easily buried, as Daniella and Eve discover when their daughters are endangered by secrets meant to stay hidden.

Spanning more than thirty years of American history, from the twilight of Kennedy’s Camelot to the beginning of Bill Clinton’s presidency, We Are All Good People Here is “a captivating…meaningful, resonant story” (Emily Giffin, author of All We Ever Wanted) about two flawed but well-meaning women clinging to a lifelong friendship that is tested by the rushing waters of history and their own good intentions. Hardcover 304 pgs

Susan Rebecca White is a graduate of Brown University and the MFA program at Hollins University, Susan has taught creative writing at Hollins, Emory, SCAD, and Mercer University, where she was the Ferrol A. Sams, Jr. Distinguished Chair of English Writer-in-Residence. An Atlanta native, Susan lives in Atlanta with her husband and son. 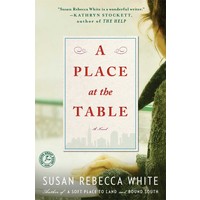