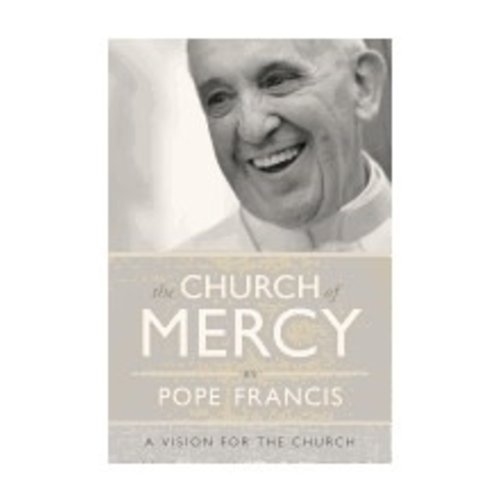 CHURCH OF MERCY by POPE FRANCIS

In the year since he was elected, Pope Francis’s simple message of mercy, service, and renewal has spread to every corner of the world. Read more

"A magnificent book, bursting with profound spiritual insights, from a man who has quickly become one of the greatest spiritual teachers of our time." --James Martin, SJ, author of "Jesus: A Pilgrimage".  In the year since he was elected, Pope Francis’s simple message of mercy, service, and renewal has spread to every corner of the world. Through his gentle demeanor, selfless actions, and welcoming call for service to others, Pope Francis has captured the attention of a world longing for an authentic message of hope—we want to hear what he has to say. Collected from Pope Francis’s speeches, homilies, and papers presented during the first year of his papacy,"The Church of Mercy" is the first Vatican-authorized book detailing his vision for the Catholic Church. From how to be citizens of the world to answering God’s call for evangelization, Pope Francis's deep wisdom reminds us that the Church must move beyond its own walls and joyfully bring God's mercy wherever suffering, division, or injustice exists. Named TIME Magazine’s 2013 “Person of the Year,” Pope Francis is helping the Church continue toward an authentic Christianity that is faithful to the Gospel and resonant with the world’s greatest needs."The Church of Mercy" encourages each of us to ignite the flame within to help share the light of Christ and revitalize the Church.

POPE FRANCIS was born Jorge Mario Bergoglio on 17 December 1936 in Buenos Aires, Argentina. As a young man, he worked briefly as a chemical technician and nightclub bouncer before entering the Jesuits. He was ordained a priest in 1969, and from 1973 to 1979, was Argentina's Provincial Superior of the Society of Jesus. He became the Archbishop of Buenos Aires in 1998, and was appointed a Cardinal in 2001. Following the resignation of Pope Benedict XVI on 28 February 2013, Bergoglio was named his successor on 13 March. He chose the name Francis in honor of Saint Francis of Assisi. He is the first Jesuit Pope, the first Pope from the Americas, the first Pope from the Southern Hemisphere, and the first non-European Pope in over 1200 years. Pope Francis has been noted for his humility, his concern for the poor, and his commitment to dialogue as a way to build bridges between people of all backgrounds, beliefs, and faiths.