Meet the Priests of 'Conversations with our Priests'

Meet the Priests of 'Conversations with our Priests': 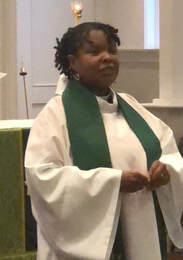 Prior to this ministry, The Rev. Mathis served as the Associate Rector of St. Peter's Episcopal Church in Rome, Georgia. At St. Peter's her responsibilities included preaching, teaching, pastoral care and counseling, and oversight of the children's and youth ministry programs. Prior to her five years at St. Peter's, she was the Associate Dean for Student Life at the School of Theology, University of the South in Sewanee, Tennessee. She has also served as Associate Rector at St. Paul's Episcopal Church in Atlanta.

In addition to her parish experience, Nikki has served as a teacher / professor in the Preaching Excellence Program in Richmond, Virginia during the past 7 years. And prior to entering the ministry, she worked as a professional social worker for the Department of Family and Children Services.

Nikki received her call to the ministry while she was attending St. Gregory the Great. The Rt. Rev. Porter Taylor, Rector at that time, encouraged her to attend seminary.

The Reverend Ben R. Wells became the rector of St. Francis on January 1, 2013.

Ben is a native Kentuckian and attended the University of Kentucky where he received a BS in Biology and an MS in Toxicology. He spent 25 years as a forensic toxicologist in Lexington, KY and Atlanta, GA. It was in Atlanta in 1992 that Ben met his partner Arthur while both were beginning their journey with the Episcopal Church.

After discerning for the priesthood and being granted postulancy by the Episcopal Diocese of Atlanta, Ben and Arthur (with Bishop J. Neil Alexander’s consent) decided that Ben would attend The Church Divinity School of the Pacific (CDSP) in Berkeley, CA, a member of the Graduate Theological Union, an ecumenical consortium of nine seminaries and two houses of study. Ben became a candidate for Holy Orders in 2010. He graduated in May of 2011 with a Master of Divinity emphasizing homiletics and liturgics. Ben was a co-winner of the 2011 CDSP preaching award.

After accepting an offer to relocate to Macon to become the assisting rector at St. Francis, Ben was ordained to the priesthood on August 27, 2011 at St. Bartholomew’s Episcopal Church in Atlanta, his sponsoring community. At St. Bart’s, Ben had served as the acolyte warden for eight years, Sunday school teacher for ages 12-14, junior warden, and senior warden.

Ben’s interests lie in reading, gardening, cooking, contemplative prayer, and watching zombie, sci-fi, and classic Hollywood films. He enjoys hiking and going to Camp Mikell when he can. He also has a great interest in religious icons after taking a summer “writing icons” class at the Dominican School of Philosophy and Theology in Berkeley.

His ministry’s emphasis is on Children’s, Youth, and Adult Christian Formation, and the St. Francis Young Adult community. Since 2006, Ben has traveled to southern Honduras as a member of a medical mission team sponsored by the Episcopal Dioceses of North Carolina and Atlanta. He considers himself both a scientist and a priest, both vocations searching to make the invisible visible.

The Rev. Scott Kidd of Church of the Resurrection strives to demonstrate the real-life application of scripture, tradition and reason by providing a safe place to respond to each other’s needs, hurts, joys and interests. The Church of the Resurrection is proud to be a welcoming and relevant Christian community doing what matters through prayer, worship, teaching, outreach, fellowship and service. The Rev. Lauren Holder joined the Cathedral staff in January 2018. Lauren had previously served as Priest and Senior Program Officer of Community Engagement at Trinity Wall Street in New York City before moving to Atlanta to be the Associate Rector of Outreach and Pastoral Care at St. Luke’s Episcopal Church.

Lauren grew up in Lexington, Virginia. She attended Washington & Lee University, where she earned a Bachelor’s degree in politics with a concentration in Environmental Studies (2003). She later earned a Master’s degree in Liberal Arts at St. John’s College (2006), and then a Master of Divinity at The General Theological Seminary (2014).

Having previously served as Canon for Outreach and Congregational Life, Lauren currently serves as Canon for Community and Education. She is deeply committed to building community—both within and beyond the Cathedral.

Lauren is active in the Diocese of Atlanta, currently serving as a member of the Standing Committee. In the broader community, Lauren previously served as a board member of The Boyce L. Ansley School and Crossroads Community Ministries.

Lauren lives in Atlanta with her husband, Jason, and their two children, Charles and Lucy Rae. 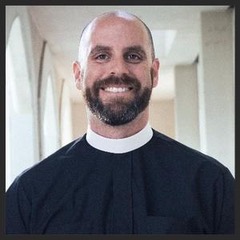 Rev. Tim comes to St. Anne's from St. James Parish in Wilmington, NC, where he served as Assistant Rector. Before that he was lay youth minister at St. Martin’s Episcopal Church in Charlotte, NC, an experience that helped him discern his call to ordained ministry.

In addition to youth ministry, Rev. Tim has a passion for Christian Formation and seeing how we all discover what the Christian faith teaches us about God, ourselves, and the world. In his spare time he enjoys spending time with his family, running and swimming, watching movies, and experiencing different parts of the world through travel. The Rev. Theophus "Thee" Smith, Ph.D., is a Priest Associate. Thee joined St. Philip's staff as deacon in 2001 and was ordained a priest in 2002. He was educated at the Phillips Exeter Academy in New Hampshire, St. John's College ('Great Books' curriculum) in Annapolis, and the Virginia Theological Seminary in Alexandria and the Graduate Theological Union in Berkeley, California. At Emory University, he has taught both undergraduate and graduate students since 1987 and plans active retirement as emeritus faculty in 2018.

His academic specialties include philosophy of religion, African American religious studies, liberation theology, and religion and violence studies. In 1994, he authored Conjuring Culture: Biblical Formations of Black America and co-edited Curing Violence, a collection of essays on 'sacred violence' and the work of René Girard. He formerly directed the Atlanta chapters of the Community of the Cross of Nails (Coventry Cathedral, England) and the National Coalition Building Institute (Washington, D.C.). As co-founder of the social justice nonprofit, Southern Truth and Reconciliation (STAR, Inc.), Thee also specializes in diversity training, conflict resolution and interfaith relations. His profile is available for engagements on the Episcopal Diocese of Atlanta's list of speakers, consultants and facilitators here.

The Rev. Sarah Stewart is Associate Rector for Young Adults and Innovation. She leads our young adult ministries, college student ministry, and innovative ministries, including small groups and collaboration with other faith communities in Atlanta.

Between years of delving into poetry, theology, archaeology, and biblical studies, she earned degrees at Colorado Christian University and Yale Divinity School. Sarah lives in Midtown and enjoys being outside, exploring new music scenes, and going to farmers’ markets.