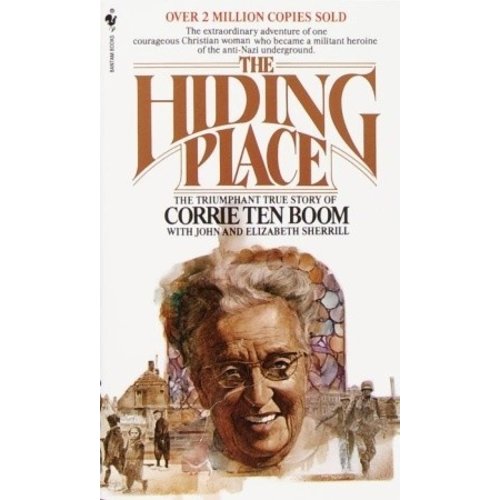 At one time Corrie ten Boom would have laughed at the idea that there would ever be a story to tell. For the first fifty years of her life nothing at all out of the ordinary had ever happened to her. She was an old-maid watchmaker living contentedly with her spinster sister and their elderly father in the tiny Dutch house over their shop. Their uneventful days, as regulated as their own watches, revolved around their abiding love for one another. However, with the Nazi invasion and occupation of Holland, a story did ensue.

Corrie ten Boom and her family became leaders in the Dutch Underground, hiding Jewish people in their home in a specially built room and aiding their escape from the Nazis. For their help, all but Corrie found death in a concentration camp. The Hiding Place is their story.