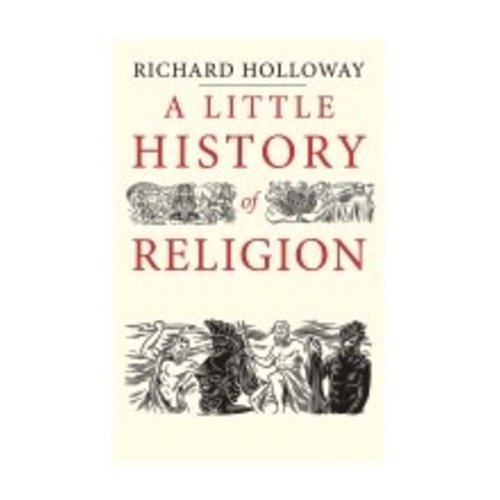 In an era of hardening religious attitudes and explosive religious violence, this book offers a welcome antidote retelling the entire history of religion with deepest respect and a keen commitment to accuracy. Read more

RICHARD HOLLOWAY In an era of hardening religious attitudes and explosive religious violence, this book offers a welcome antidote. Richard Holloway retells the entire history of religion--from the dawn of religious belief to the twenty-first century--with deepest respect and a keen commitment to accuracy. Writing for those with faith and those without, and especially for young readers, he encourages curiosity and tolerance, accentuates nuance and mystery, and calmly restores a sense of the value of faith. Ranging far beyond the major world religions of Judaism, Islam, Christianity, Buddhism, and Hinduism, Holloway also examines where religious belief comes from, the search for meaning throughout history, today's fascinations with Scientology and creationism, religiously motivated violence, hostilities between religious people and secularists, and more. Holloway proves an empathic yet discerning guide to the enduring significance of faith and its power from ancient times to our own. Hard Cover. 256 pages. Richard Holloway,former Bishop of Edinburgh and Primus of the Scottish Episcopal Church, is an internationally popular writer and broadcaster. His more than twenty books include the best-selling Leaving Alexandria: A Memoir of Faith and Doubt. He lives in Edinburgh, UK. Author/Editor Comments: What made you want to write this book? I have been wrestling with the meaning of religion for most of my life. Writing the book was an opportunity to survey the whole field, not just the little corner I was familiar with. How do you think your own background informed the book? For most of my life I was what you might call a religious professional, but it was never an easy relationship. It was like being in a turbulent marriage: deep affection combined with endless argument and disagreement. The difficulty is that religion, which is best understood as the human search for meaning, changes character when it becomes organized into a system that makes claims for itself, usually claims to superiority over other systems. Much the way political parties do. So religion ceases to be an exploration and becomes something more defensive. It's like the difference between a wanderer and a settler. In religion, it's important to recognize that some things will never be settled and to live with that uncertainty. What role should religion play in our lives? Whatever role we choose for ourselves--including none at all--as long as there is no compulsion about it and as long as it makes us kinder not more cruel. The fascinating thing about religion is that it can prompt us to extremes of either love or hatred. Choose love. Paperback