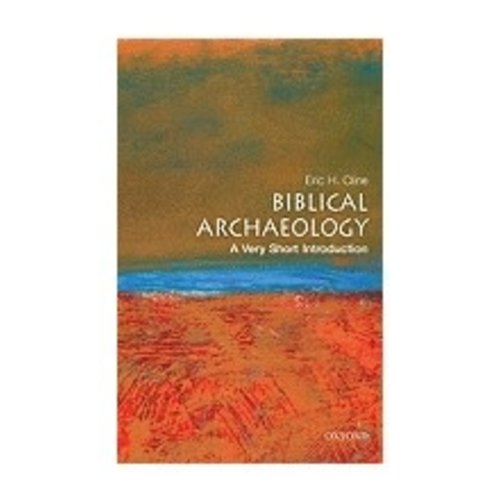 ERIC H. CLINE Public interest in biblical archaeology is at an all-time high, as television documentaries pull in millions of viewers to watch shows on the Exodus, the Ark of the Covenant, and the so-called Lost Tomb of Jesus. Important discoveries with relevance to the Bible are made virtually every year--during 2007 and 2008 alone researchers announced at least seven major discoveries in Israel, five of them in or near Jerusalem. Biblical Archaeology offers a passport into this fascinating realm, where ancient religion and modern science meet, and where tomorrow's discovery may answer a riddle that has lasted a thousand years. Archaeologist Eric H. Cline here offers a complete overview of this exciting field. He discusses the early pioneers, such as Sir William Matthew Flinders Petrie and William Foxwell Albright, the origins of biblical archaeology as a discipline, and the major controversies that first prompted explorers to go in search of objects and sites that would "prove" the Bible. He then surveys some of the most well-known biblical archaeologists, including Kathleen Kenyon and Yigael Yadin, the sites that are essential sources of knowledge for biblical archaeology, such as Hazor, Megiddo, Gezer, Lachish, Masada, and Jerusalem, and some of the most important discoveries that have been made, including the Dead Sea Scrolls, the Mesha Inscription, and the Tel Dan Stele. Subsequent chapters examine additional archaeological finds that shed further light on the Hebrew Bible and New Testament, the issue of potential frauds and forgeries, including the James Ossuary and the Jehoash Tablet, and future prospects of the field. Biblical Archaeology: A Very Short Introduction captures the sense of excitement and importance that surrounds not only the past history of the field but also the present and the future, with fascinating new discoveries made each and every season. Paperback 156 pages Eric H. Clineis Associate Director (USA) of the ongoing excavations at Megiddo (biblical Armageddon) in Israel. He is Associate Professor of Classics and of Anthropology (Ancient History and Archaeology) and Chair of the Department of Classical and Semitic Languages and Literatures at The George Washington University, in Washington DC. His many books includeThe Battles of Armageddon: Megiddo and the Jezreel Valley from the Bronze Age to the Nuclear Age(2000);Jerusalem Besieged: From Ancient Canaan to Modern Israel(2004); andFrom Eden to Exile: Unraveling Mysteries of the Bible(2007).