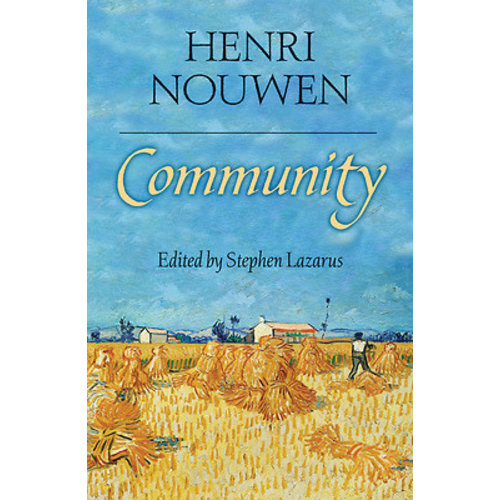 “Community is not a human creation but a divine gift which calls for an obedient response. This response may require much patience and humility, much listening and speaking, much confrontation and self-examination, but it should always be an obedient response to a bond which is given and not made.”—Henri J. M. Nouwen

Community, for Henri Nouwen, was a constant theme of his talks and writings, as it was also the object of a difficult and life-long quest. His own search for community propelled many of his most significant life choices, particularly his decision to leave his academic position at Harvard in 1986 to join the L’Arche Daybreak community in Ontario. It was there, his home for the last ten years of his life, that all his spiritual teachings, especially on the subject of community, found a new depth and concrete focus.

In this book, drawn from articles and previously unpublished talks, we have the book on community that Nouwen never wrote. Published to mark the 25th anniversary of his Community provides a moving picture of what Nouwen’s evolving understanding of this theme, and why he believed it was such a necessary and integral part of the spiritual life.