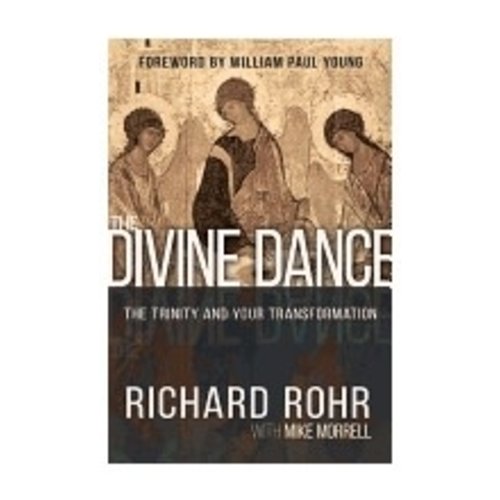 DIVINE DANCE: THE TRINITY AND YOUR TRANSFORMATION BY RICHARD ROHR

Drawing from Scripture, theology, and the deepest insights of mystics, philosophers, and sages throughout history, Fr. Rohr presents a compelling alternative to aloof and fairy tale versions of God: Read more

Invitation to a Dance: The Trinity is supposed to be the central, foundational doctrine of our entire Christian belief system, yet we're often told that we shouldn't attempt to understand it because it is a "mystery." Should we presume to try to breach this mystery?

If we could, how would it transform our relationship with God and renew our lives? The word Trinity is not found in the New Testament; it wasn't until the third century that early Christian father Tertullian coined it; but the idea of Father, Son, and Holy Spirit was present in Jesus' life and teachings and from the very beginning of the Christian experience.

In the pages of this book, internationally recognized teacher Richard Rohr circles around this most paradoxical idea as he explores the nature of God - circling around being an apt metaphor for this mystery we're trying to apprehend. Early Christians who came to be known as the "Desert Mothers and Fathers" applied the Greek verb perichoresis to the mystery of the Trinity. The best translation of this odd-sounding word is dancing. Our word choreography comes from the same root.

Although these early Christians gave us some highly conceptualized thinking on the life of the Trinity, the best they could say, again and again, was, whatever is going on in God is a flow; it's like a dance. But God is not a dancer; He is the dance itself. That idea might sound novel, but it is about as traditional as you can get. God is the dance itself, and He invites you to be a part of that dance. Are you ready to join in?

Richard Rohr is a globally recognized ecumenical teacher bearing witness to the universal awakening within Christian mysticism and the Perennial Tradition.He is a Franciscan priest of the New Mexico Province and founder of the Center for Action and Contemplation (CAC) in Albuquerque, New Mexico. Fr. Richard's teaching is grounded in the Franciscan alternative orthodoxy—practices of contemplation and lived kenosis(self-emptying), expressing itself in radical compassion, particularly for the socially marginalized. Fr. Richard is the author of numerous books, including Everything Belongs, Adam’s Return, The Naked Now, Breathing Under Water, Falling Upward, Immortal Diamond,and Eager to Love: The Alternative Way of Francis of Assisi.

Fr. Richard is academic Dean of the Living School for Action and Contemplation. Drawing upon Christianity's place within the Perennial Tradition, the mission of the Living School is to produce compassionate and powerfully learned individuals who will work for positive change in the world based on awareness of our common union with God and all beings.Visit cac.org for more information. 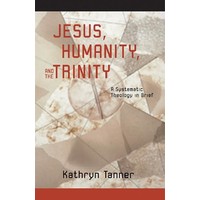 JESUS, HUMANITY AND THE TRINITY by KATHRYN TANNER
$19.00
View product 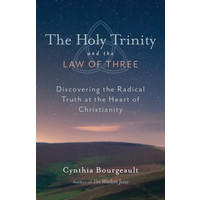 THE HOLY TRINITY AND THE LAW OF THREE
$16.95
View product 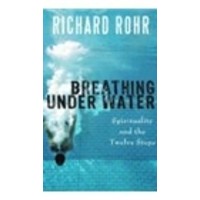