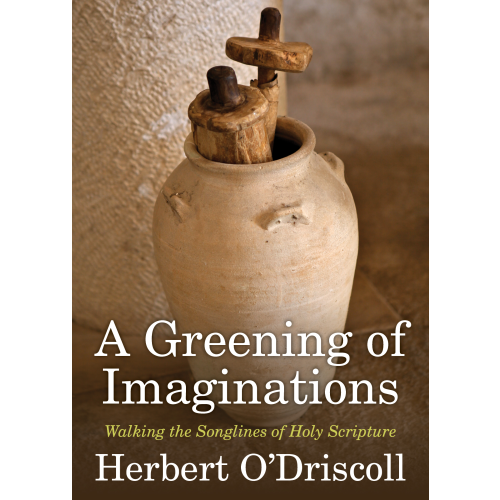 A GREENING OF IMAGINATIONS : WALKING THE SONGLINES OF HOLY SCRIPTURE

A renowned Anglican storyteller and preacher puts the reader into the heart of the biblical world. and brings scripture stories to life. Chapters can be used for personal devotion or as discussion-starters for groups. Paperback. Read more

How do the scriptures speak to us today? Where do our stories mirror biblical stories? Herbert O’Driscoll, beloved Anglican preacher, storyteller, author, and hymn writer, invites us to imagine what the “back story” of our favorite scriptures might have been. By doing Christian midrash—telling the stories within the Story—Dr. O’Driscoll has filled in the gaps by creating new homilies and parables based on the text.

Each of the twenty-eight short chapters offers a glimpse of the thoughts and emotions of individuals found in the Christian Testament, bringing alive the sights, sounds, and smells of the Holy Land. Some are narratives, such as Jesus wondering about his cousin John as a twenty-something activist, and Mary’s thoughts as she knelt at the foot of the cross. Others ask you to imagine a bundle of letters from early Christians that “might have been written if we could only find them,” like Philemon’s response to Paul’s request on behalf of a runaway slave, or a letter from a student-aged Judas Iscariot written to his parents expressing his excitement about a rabbi whose teaching he finds fascinating.

Herbert O'Driscoll is recognized as one of the best known and most highly regarded preachers in the Anglican Church. A native of Ireland, Dr. O'Driscoll is a former urban Cathedral Dean in Vancouver, B.C., and former Warden of the College of Preachers, Washington National Cathedral. A hymn writer and celebrated author, he has written many popular books on the spiritual life and Bible interpretation, many of which reflect of his own Celtic spirituality. A brilliant scholar and mesmerizing Irish storyteller, he continues to write in active retirement from his home in Victoria, British Columbia where he and his wife, Paula, live.  Paperback. 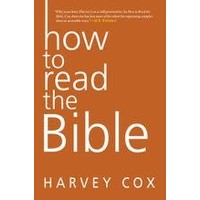 HOW TO READ THE BIBLE by HARVEY COX
$15.99
View product 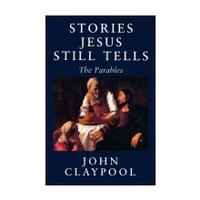