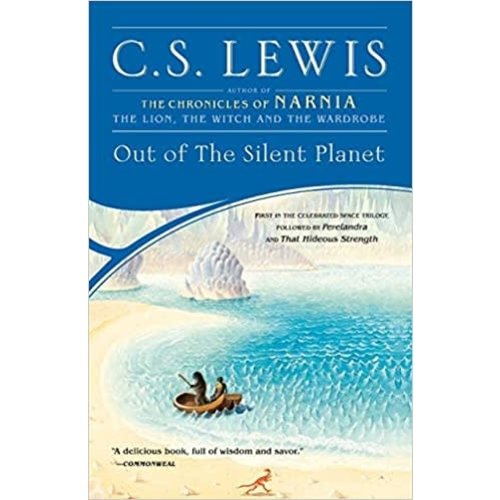 OUT OF THE SILENT PLANET by C.S. LEWIS

The first book in C. S. Lewis's acclaimed Space Trilogy, which continues with Perelandra and That Hideous Strength, Out of the Silent Planet begins the adventures of the remarkable Dr. Ransom. Read more

Here, that estimable man is abducted by a megalomaniacal physicist and his accomplice and taken via spaceship to the red planet of Malacandra. The two men are in need of a human sacrifice, and Dr. Ransom would seem to fit the bill. Once on the planet, however, Ransom eludes his captors, risking his life and his chances of returning to Earth, becoming a stranger in a land that is enchanting in its difference from Earth and instructive in its similarity. First published in 1943, Out of the Silent Planet remains a mysterious and suspenseful tour de force.