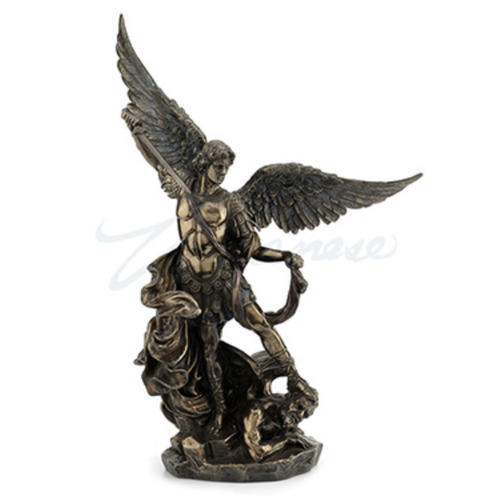 St. Michael is one of the Archangels. "Michael" means "Who is Like God?" and is the battle cry of the army of God. The word "angel" depicts the occasion in which a heavenly spirit delivers messages of God. Archangel denotes a carrier of the messages that are of great importance. Devotional writings about Michael can be found in the Muslim, Christian, and Jewish cultures. He is considered the guardian angel of Israel,. He has led God's Army against those of the great dragon. He concealed the tomb of Moses to prevent the Jews from the sin of hero-worship, the sin which Satan had hoped to lead them to commit. Michael is often illustrated wearing full armor, carrying a lance or a sword, and stepping on the neck of the dragon. 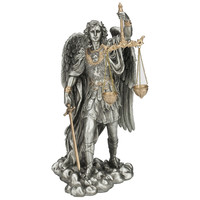